Called by many one of the worst films ever made, The Conqueror, a movie about Genghis Khan, packed a secret, lethal punch. It was an RKO movie, made when the studio system was king. Dick Powell, an actor turned director, was given the script. He thought it was horrible. But while he took a break, along came John Wayne. Reading a few pages, Wayne jumped at the chance to play Genghis Khan. As Powell said later, “Who was I to say no to John Wayne?”

Financed by Howard Hughes, it was quickly cast with the big stars of the day. Hottie Susan Heyward was Genghis Khan’s wife. Agnes Moorehead was his mother. Wide open vistas were needed for the Mongol hordes on horseback. St. George, Utah was chosen. Set to be aired in March of 1956, the movie never made it to theaters. Hughes never released it. It was aired for the first time in 1974 on television.

What was more lethal for the actors than bad reviews? It was the site itself. The movie was shot just downwind of the U.S. government’s atomic weapons Nevada Test Site. Every one of the movie’s stars died of cancer.

Pedro Armendariz, 1912-1962 (51) diagnosed with kidney cancer, committed suicide in the hospital, shooting himself with a smuggled in gun

Wayne discounted the theory about the movie. He had surgery for lung cancer in 1964, but he had been a five-pack-a-day smoker for years. After part of one lung and four ribs were removed, Wayne was declared cancer free. Against the advice of his studio, he talked about his ordeal, calling attention to the dangers of cigarette smoking. “I beat the big C.” In the end, he did die of cancer. It was stomach cancer that got him.

Of the full cast of 220, 91 got cancers of various kinds in the next 25 years. The numbers did not include the Native Americans, who were the Mongol Horde in the movie. No one kept statistics about what happened to them. Said Moorehead before she died, “I wish I’d never done that damn movie!” 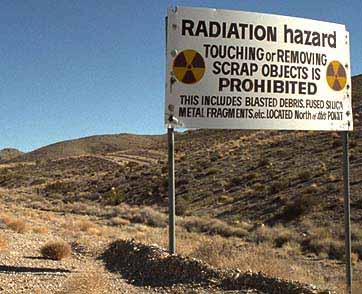