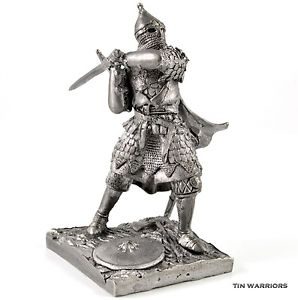 Sophie von Anhalt-Zerbst was supposed to change her language, her religion, and even her first name to be suitable for her prospective husband’s family. While he stayed in his rooms playing with his massive collection of tin soldier armies, Sophie, alone and friendless in her new country, was studying, often pacing her suite of rooms in the palace late at night.

The result? She got pneumonia and nearly died. Her dedication greatly impressed Elizabeth, Empress of Russian, who had personally chosen Sophie to be married to Elizabeth’s nephew, Peter.

In a ceremony in June, 1745, Sophie, now 16, was welcomed into the Russian Orthodox Church under her new name: Catherine. The next day, she and Peter were formally betrothed. Two months later, they were wed in an elaborate ceremony in Saint Petersburg. The wedding night wasn’t so successful. Peter preferred tin soldiers.

Soon, he and Catherine were living at opposite ends of the palace. She detested his pale skin, his wimpy-ness. He detested her, just in general.

Fifteen years after the wedding, Empress Elisabeth died and Peter became Czar. Unfortunately, he inadvertently did a lot to alienate his countryman. Six months of his rule was all they could take. There was a coup that was supposed to be bloodless.

And it was – for eight days. Then Peter was assassinated and Catherine (who swore she had no knowledge that Peter was going to be killed) was well on her way to becoming Catherine the Great.