The Green Bay Packers’ 1958 season had been dismal – 1-10, the worst in its franchise history. The new coach was revamping everything, even the uniforms, which he had ordered someone on his staff to redesign.

Whatever the new coach did to change the team, it worked. In 1959, they went 7-5. In 1966, the Green Bay Packers won the first Super Bowl ever. In 1967, they won the second Super Bowl. The coach was Vince Lombardi. His name graces the trophy that is awarded to each Super Bowl winner, 52 in all, to date.

Team jerseys are a big part of the sales of NFL merchandise and gear is a big part of the some $6 billion NFL profit every year. The uniform and helmet Lombardi ordered in 1959 – green and yellow – is basically unchanged today and Green Bay Packers’ jerseys are #6 on the all-time sales list. (The Dallas Cowboys’ jersey owns the #1 spot.) 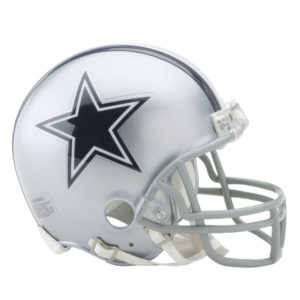 After that meeting when the new coach chose the colors, the uniform salesman said to his assistant, “When Vince Lombardi calls a color fuchsia, I don’t care what color it is – you agree with him and say it’s fuchsia.” Did Lombardi mean green? Yellow? There aren’t any other colors in the Packers’ uniform. And what color is fuchsia? It is actually a purplish pink!