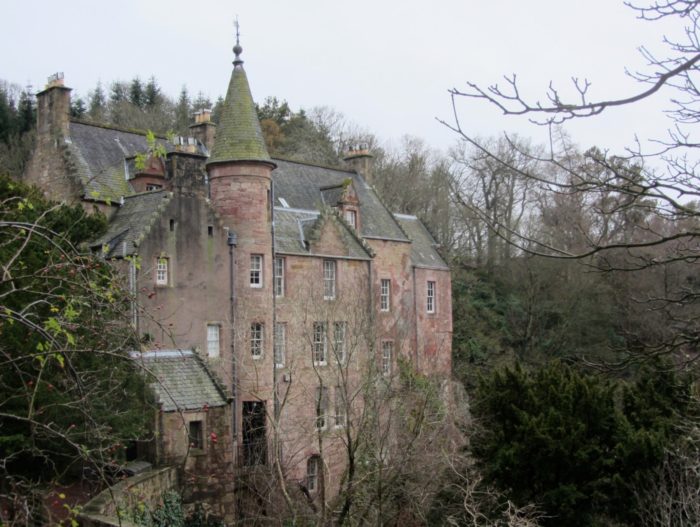 Doreen Mary English did just this. Born in England in 1915 to Irish parents, she wanted to be an actress, and did get bits parts in American-made movies as Drue Mallory. She was first Mrs. John Robertson. Then she became Mrs. Dale Maher, who was the secretary of the U.S. legation in Johannesburg. Finally, in 1953, she became the third wife of H.J. Heinz II. His grandfather was H. J. Heinz himself

Drue, intelligent and private, was a literary endowment power house. She was the publisher of The Paris Review from 1933 to 2008. Friends with the literary giants of the day, when she bought the castle, she set up her writers’ retreat. She also co-founded the publishing house ECCO in 1971, which was later folded into Harper. In 1995, she endowed the Drue Heinz Prize at the University of Pittsburgh for short stories.

The castle has its own fabulous history. Sacked twice in the 16th century, it was periodically rebuilt and added onto, although the original tower still exists. The poet William Drummond purchased the castle in 1638 and it stayed in the family until the 1970s, when the last Drummond’s death. He left it to his butler! Drue Heinz died there in March, 2018. She was 103.