The brothers were born two years apart. The younger one died in 1937, when he was 38. The older one lived to be 86. Yet it is the younger one who became the most famous. He was George Gershwin, born in 1898 in Brooklyn.

Their parents had emigrated from Russia. They wanted Ira, the first born, to be a pianist, but he was very shy. So his parents arranged for George to have excellent music teachers and Ira happily went to work in his father’s Turkish baths.

George dropped out of school at 15 and got a job as a song plugger. This meant he sat at a piano in a music store and played whatever sheet music the salesmen or the customers wanted to hear. His salary was $15 a week. When he was 17, George made 50¢ for a song he wrote and composed: When You Want ’Em You Can’t Get ’Em, When You’ve Got ’Em, You Don’t Want ‘Em. 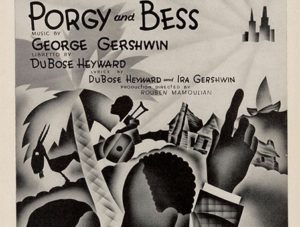 From that small beginning, George went on to compose the music for 15 Broadway musicals, five musical scores for films, and two operas, including Porgy and Bess. Ira did not begin to write lyrics until he was almost 30.

In 1924, he and George collaborated on a musical comedy, Lady Be Good. That year, George also composed his first classical piece, Rhapsody in Blue. In 1932, the Gershwins, along with Morrie Ryskind and George S. Kaufman, won the first Pulitzer Prize ever given for a musical comedy, Of Thee I Sing. 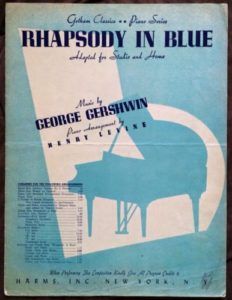 For years, George and Ira cranked out songs, while George complained of “composer’s stomach.” Then George began to suffer from headaches, and he complained of smelling “burning rubber.” Medical exams showed him to be in good health, but he started to lose weight rapidly and have blackouts. After he passed out while working on a score, he was rushed to the hospital. There, they found and operated on the brain tumor. He did not survive. George may have had pilocytic astrocytoma, a slow-growing tumor that could have caused the feeling, all those years, that his stomach was upset. 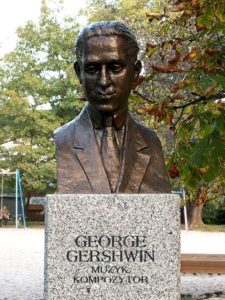 From that 50¢ start, the Gershwins became a money-making machine. In 2005, George Gershwin was still the composer who had made the most money ever, but the copyrights on his music expired in 2007. 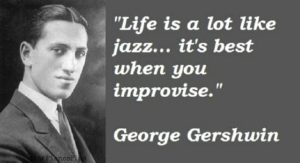