Caroll met fellow puppeteer Jim Henson at a puppet festival in 1962. Both were impressed. Jim asked Caroll if he want to join the Muppets but Caroll did not understand. A few years later, when Henson and his Muppets were approached to be part of a revolutionary show for kids, he met Caroll again. This time, Caroll understood, said yes, and became a member of a new show for kids, Sesame Street.

Sesame Street was the brainchild of TV producer Joan Ganz Cooney and Carnegie Foundation member Lloyd Morrisett in 1966. Watching mice and cats and birds chase each other and hit each other over the head, Cooney asked, “Why can’t TV teach these little kids the basics of reading and math in a way that educated them while holding their attention?” Morrisett agree and the Carnegie Foundation gave $8 million to help fund the project.

With the help of the Ford Foundation and public funding, the planning began. Educators and child psychologists were included. The programs were designed, aired, and then analyzed by watching the reactions of real kids. They lost attention during Sesame Street vignettes, they paid some attention when puppets were on the street and they focused on kids their own age. Cooney insisted that the TV kids be real kids, not actors, and they have no scripts to learn or directions to follow. Thus the wildly successful Sesame Street format evolved. The first episode aired Nov. 10, 1969.

Caroll decided Big Bird would be gentle and inquisitive, learning along with the children. Inside the costume, he had to raise one arm to make Big Bird his full 8’2” height. He was the voice of Big Bird for almost 50 years, but a few years ago, he gave up being inside the costume. Carroll was also the voice and puppeteer for Big Bird’s opposite, Oscar the Grouch. 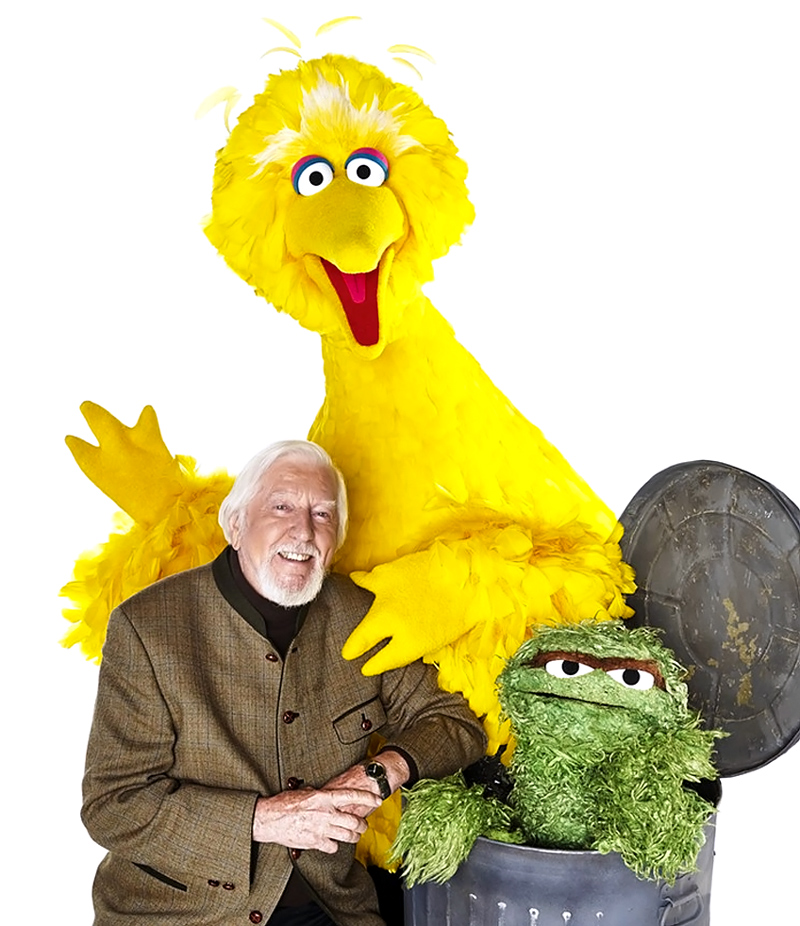 Caroll Spinney taped his last program this week, to be aired on Sesame Street’s 50th anniversary program in Nov. 2019. He won four Emmys and two Grammys. Like all great people who retire, it will take two to fill his shoes – one playing Big Bird and the other playing Oscar.